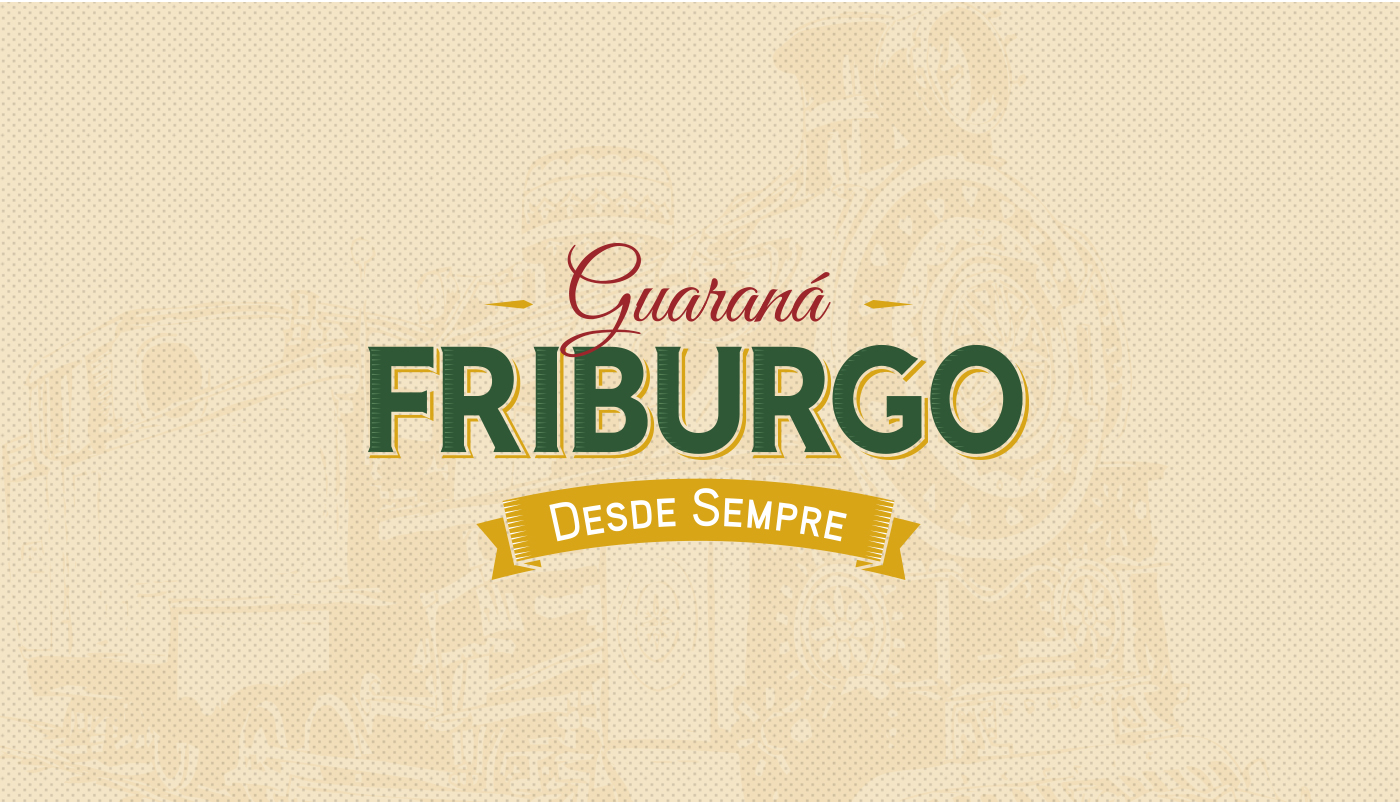 In January of 1870, the rail road arrived in the sleepy Nova Friburgo village, located in the mountainous region of Rio de Janeiro. Since then, steam locomotives would transform the history of the region, bringing strong encouragement to economic development and tourism.

The train departed every morning from Niteroi Station. After several stops it would arrive in Cachoeiras de Macacu. From there, passengers would catch another locomotive more suitable for the mountain climbing. That would be the start of the trip to the majestic mountain of Nova Friburgo!

The challenge presented by the creation of the visual identity of Guaraná Friburgo soft drink was to bring back memories of the glorious past of Nova Friburgo.  We chose the steam locomotive as the symbol, as it remains a deeply cherished memory held by locals.

The image with the vintage style is based upon the typical architectonic details of the city. Representative medals of the city, of Brazil and Switzerland are included in the graphic range. The identity conveys a sense of refinement and traditional sophistication. 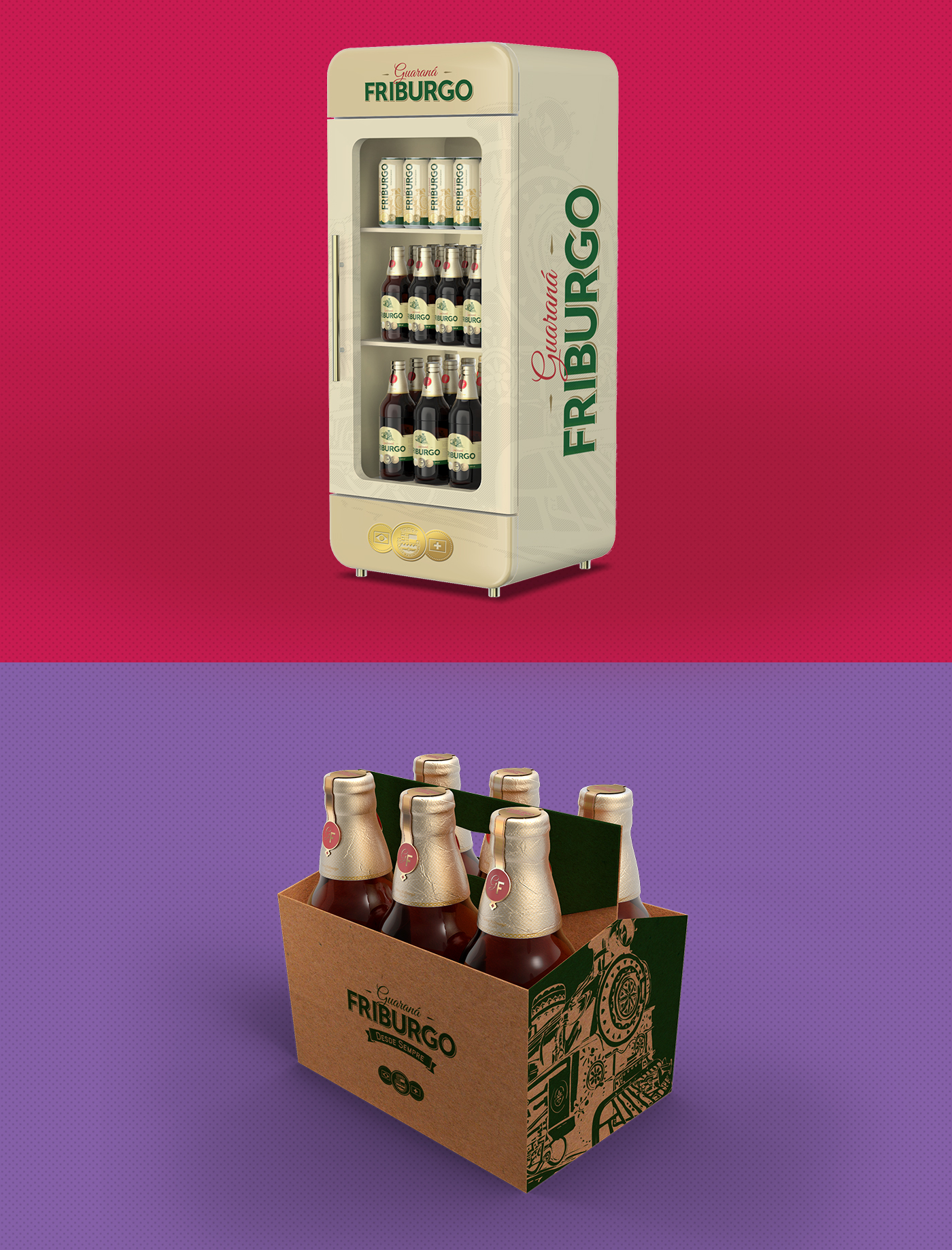 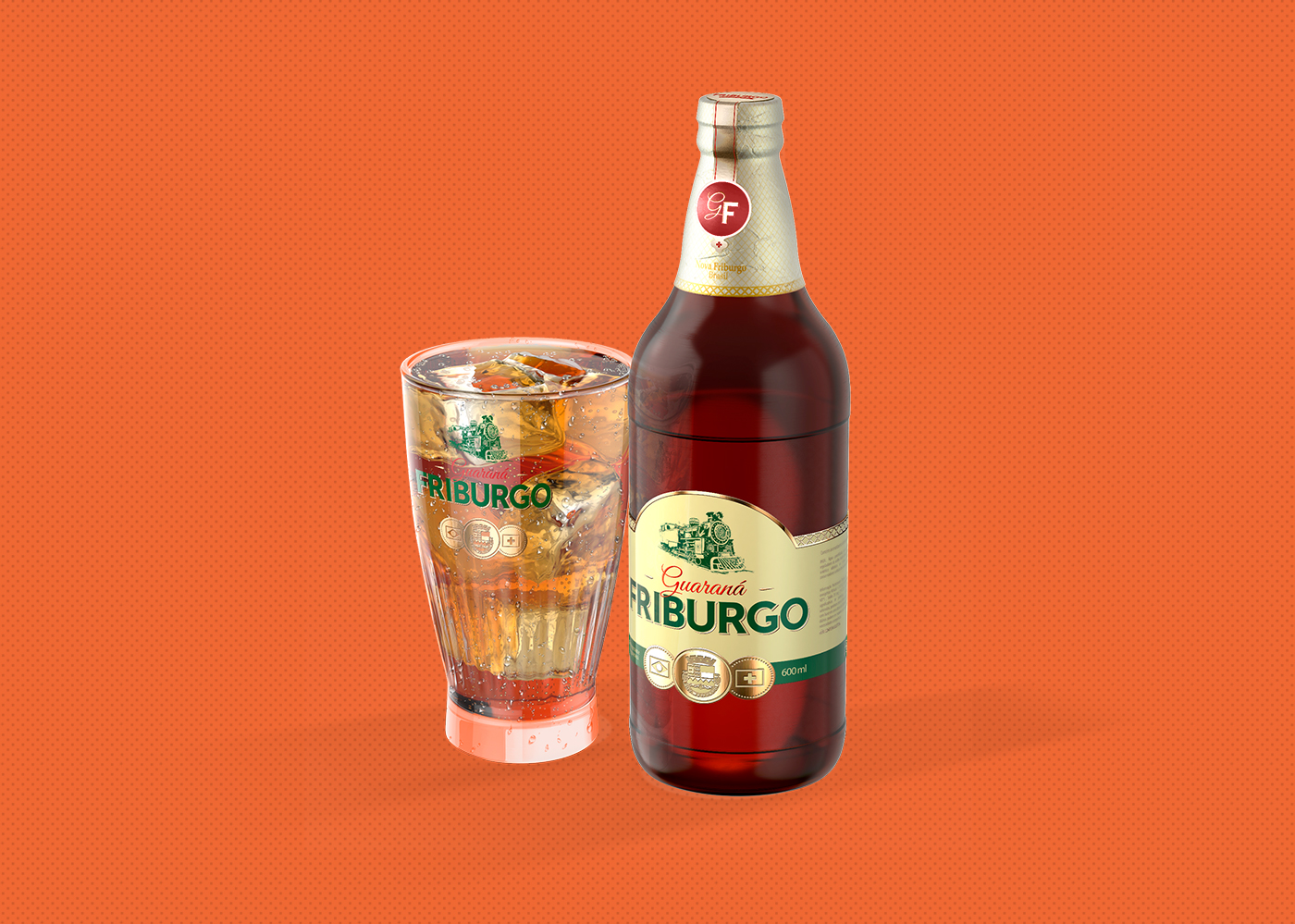 ADD VALUE TO YOUR BRAND, SERVICES AND PRODUCTS
CLICK HERE AND GET IN TOUCH WITH US.
< ANTERIOR
PRÓXIMO >