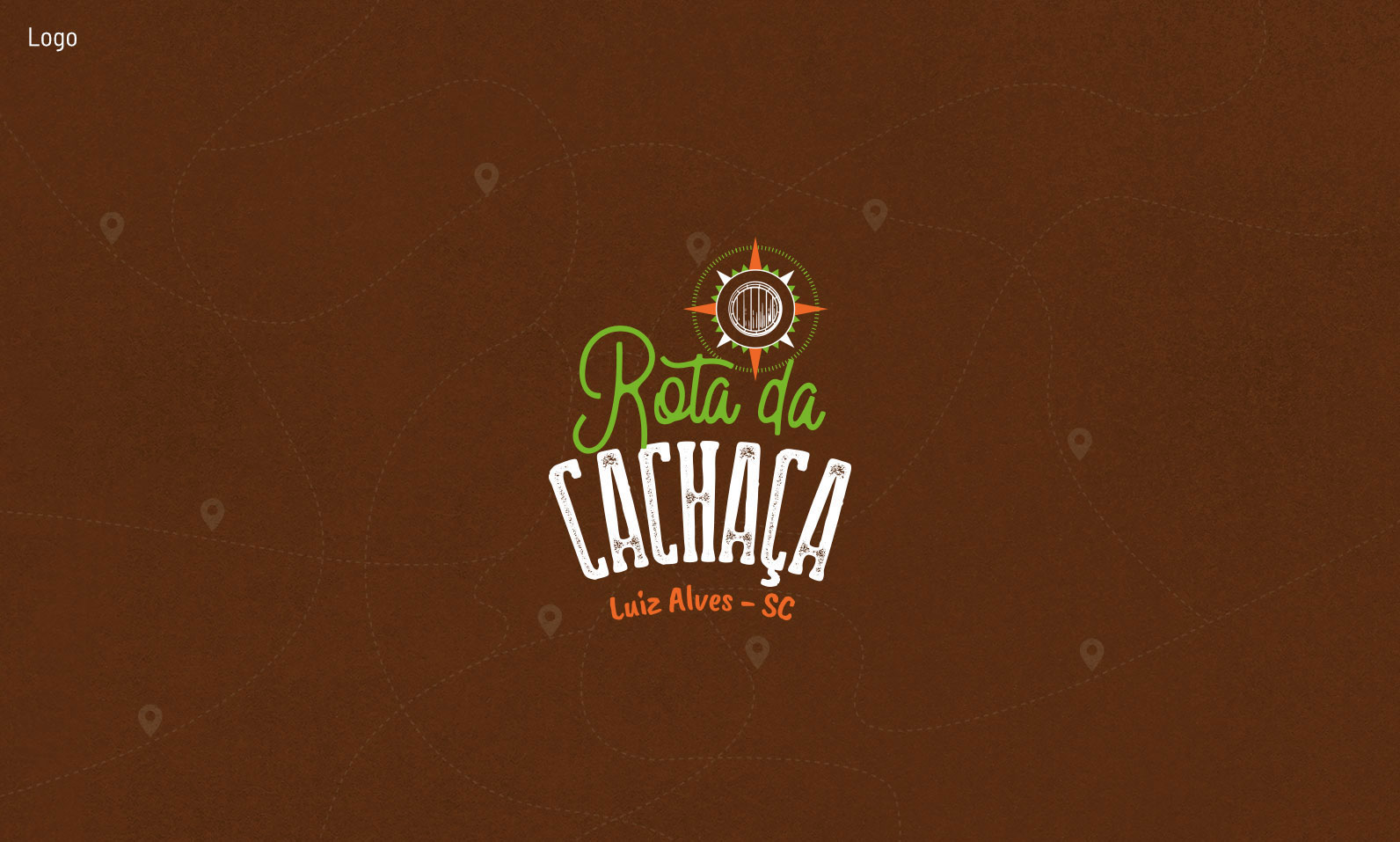 Visual identity and signage creation for The CACHAÇA ROUTE

The municipality of Luiz Alves in Santa Catarina is the main hub of artisanal cachaça (sugarcane liquor) production in southern Brazil. With local production processes of cachaça, the products stand out among the main cachaça competitions in the country. The city received the title of “Santa Catarina Capital of Cachaça – Terra da Cachaça”, for its dedication to the production of the drink, which allowed it a good approachment with distributors in Europe.

The Luiz Alves Cachaça Route was created by APCALA to guide tourists who come to the city in search of quality artisanal cachaça. With the defined route, the visitor can visit all the stills, see the manufacturing process upclose, taste and acquire the cachaça. The tours are worth the landscape with colonial mills, rustic distilleries and the typically rural environments. This project is part of the activities of the Entrepreneurial City program.

Seeking to help in the recognition and attraction of tourism we created the visual identity of the Rota da Cachaça, the promotional materials with the map and signage that goes through the different cachaça production companies in the municipality and other points of interest.

The Cachaça Route logo was created by integrating the image of an aging cachaça barrel with the wind rose, which indicates the cardinal points and associated with travel, tourism and adventure. With a style that resembles exploration and cartography, the visual identity created conveys the playful and fun aspect associated with experience tourism. The fonts and colors chosen reaffirm this perception.

Learn more about The Cachaça Route at the Luiz Alves City Hall website. 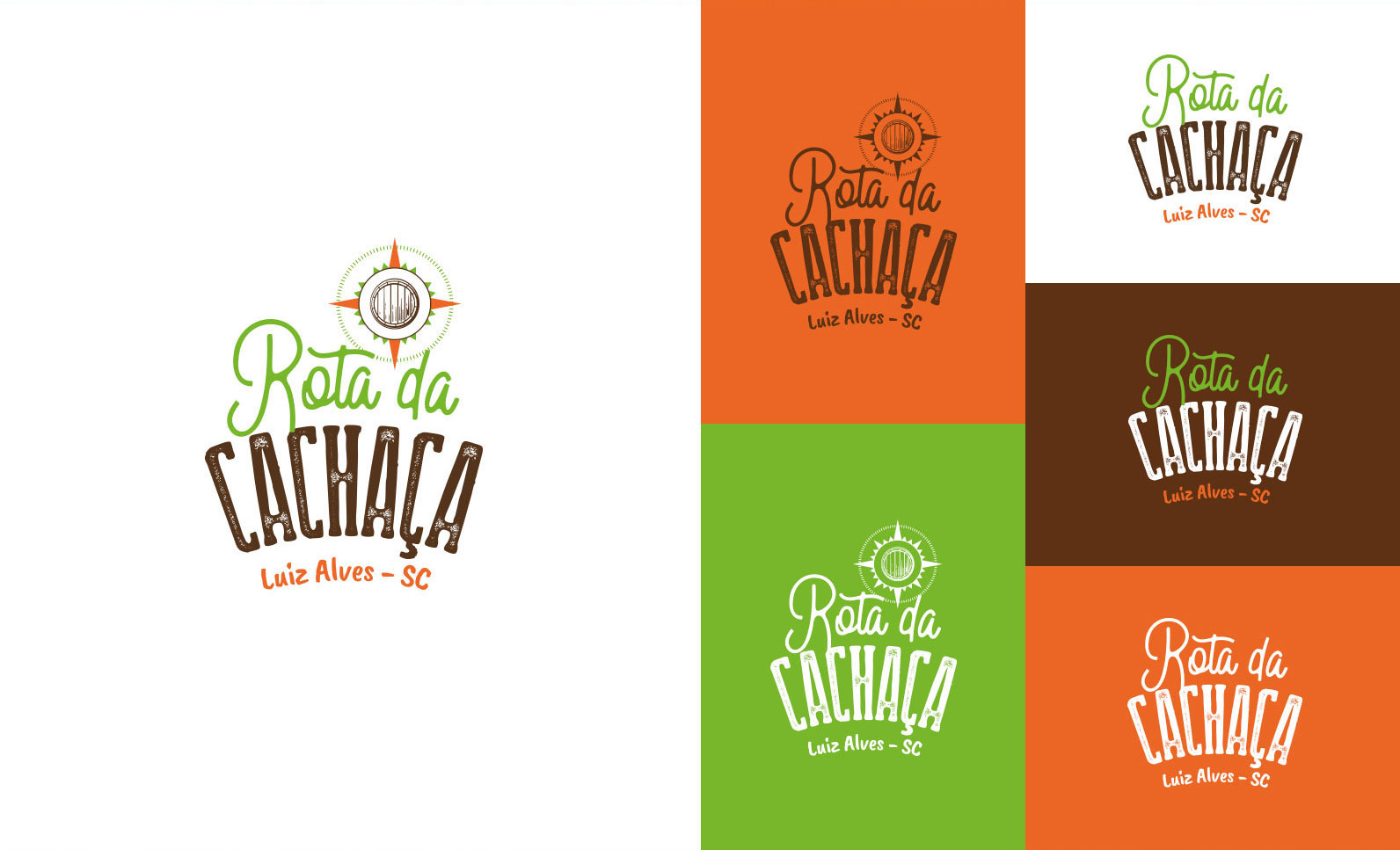 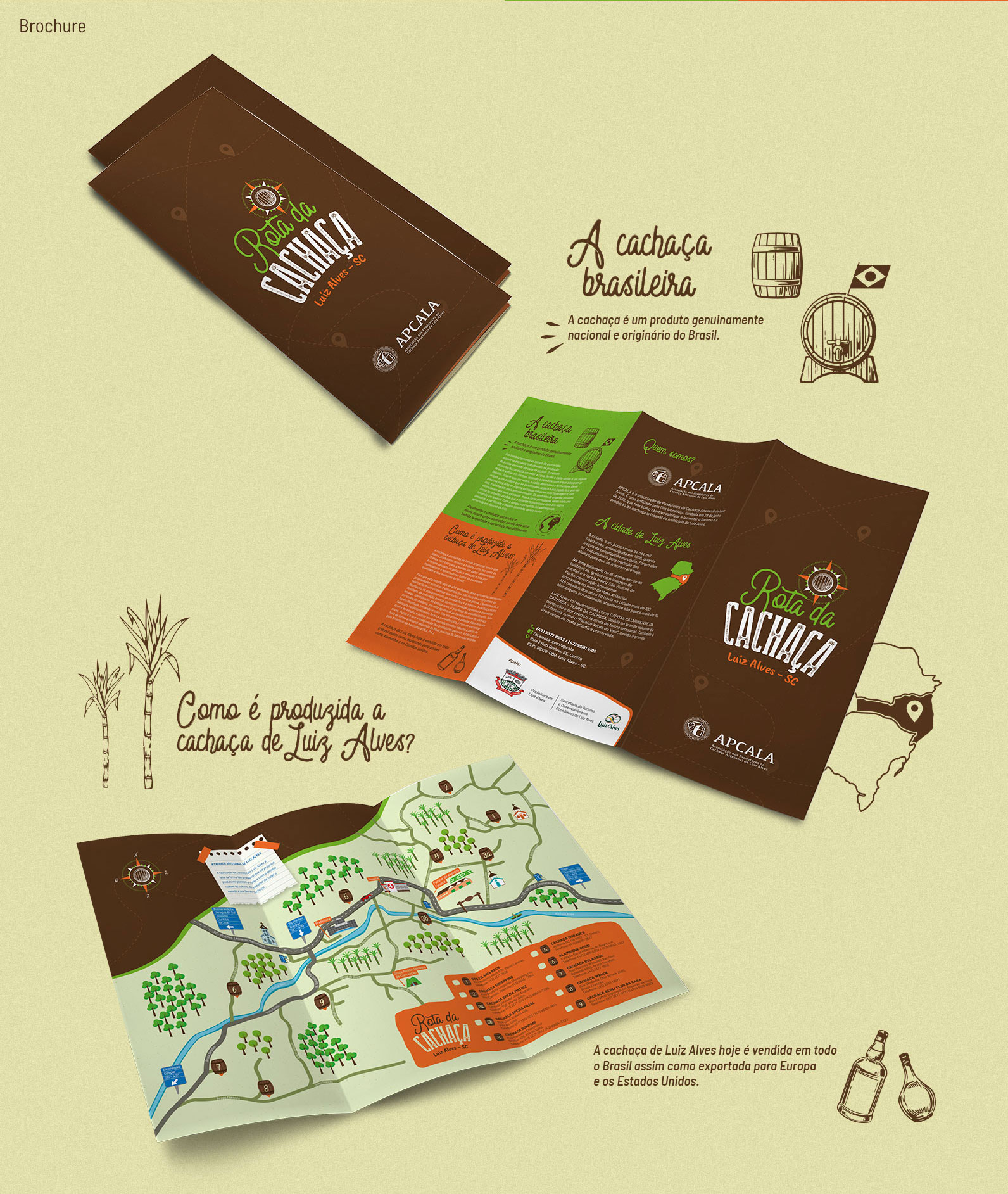 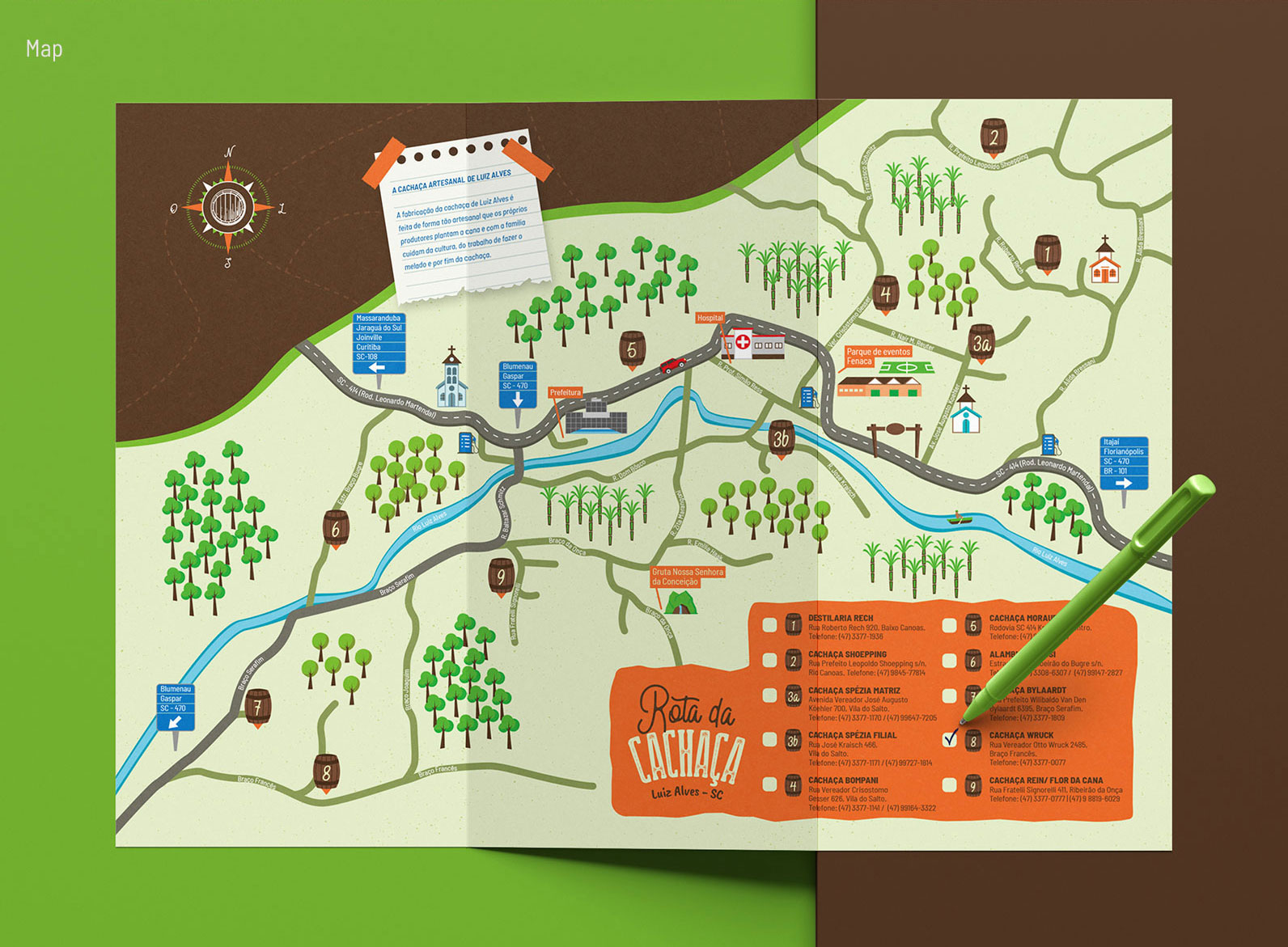 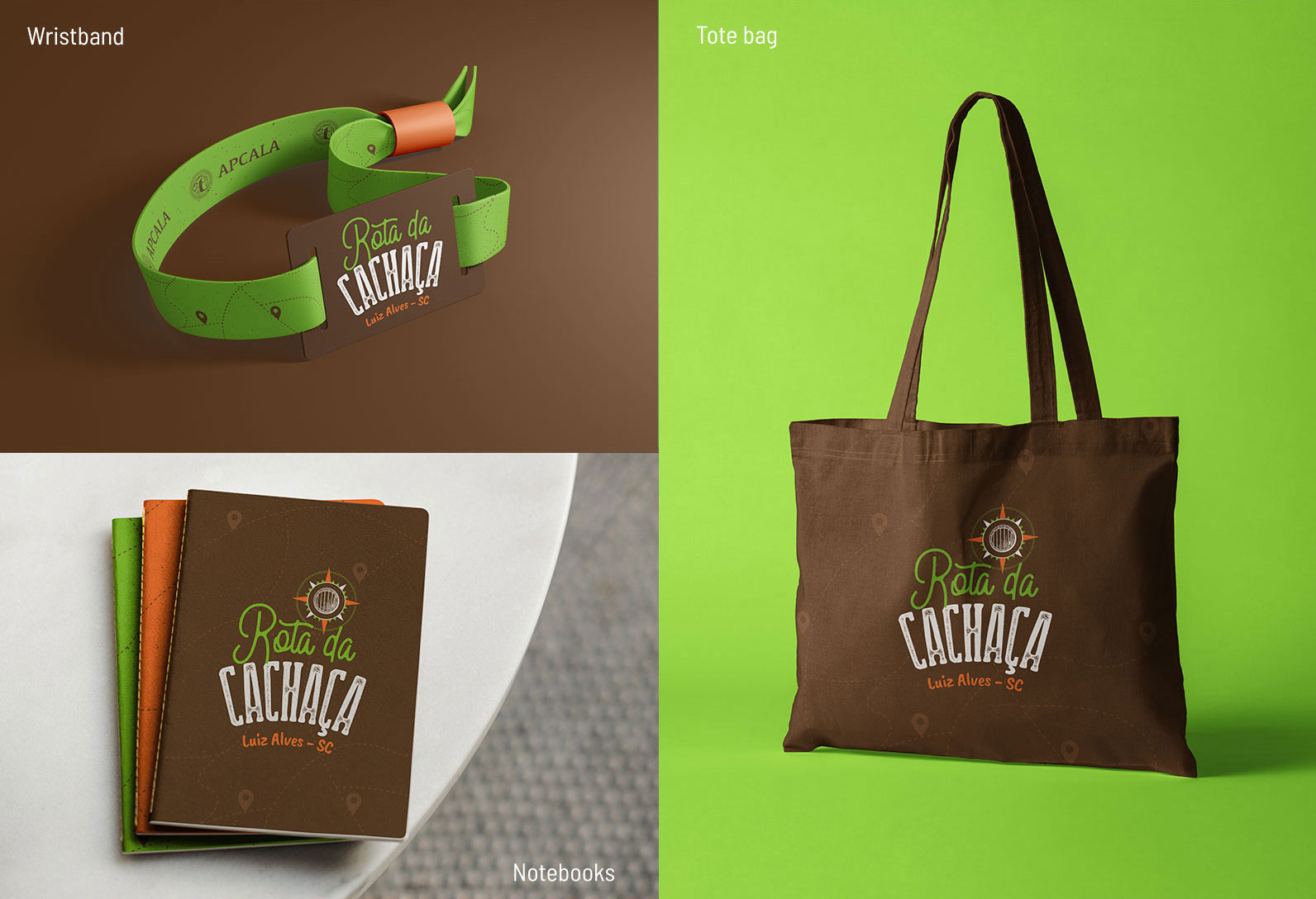 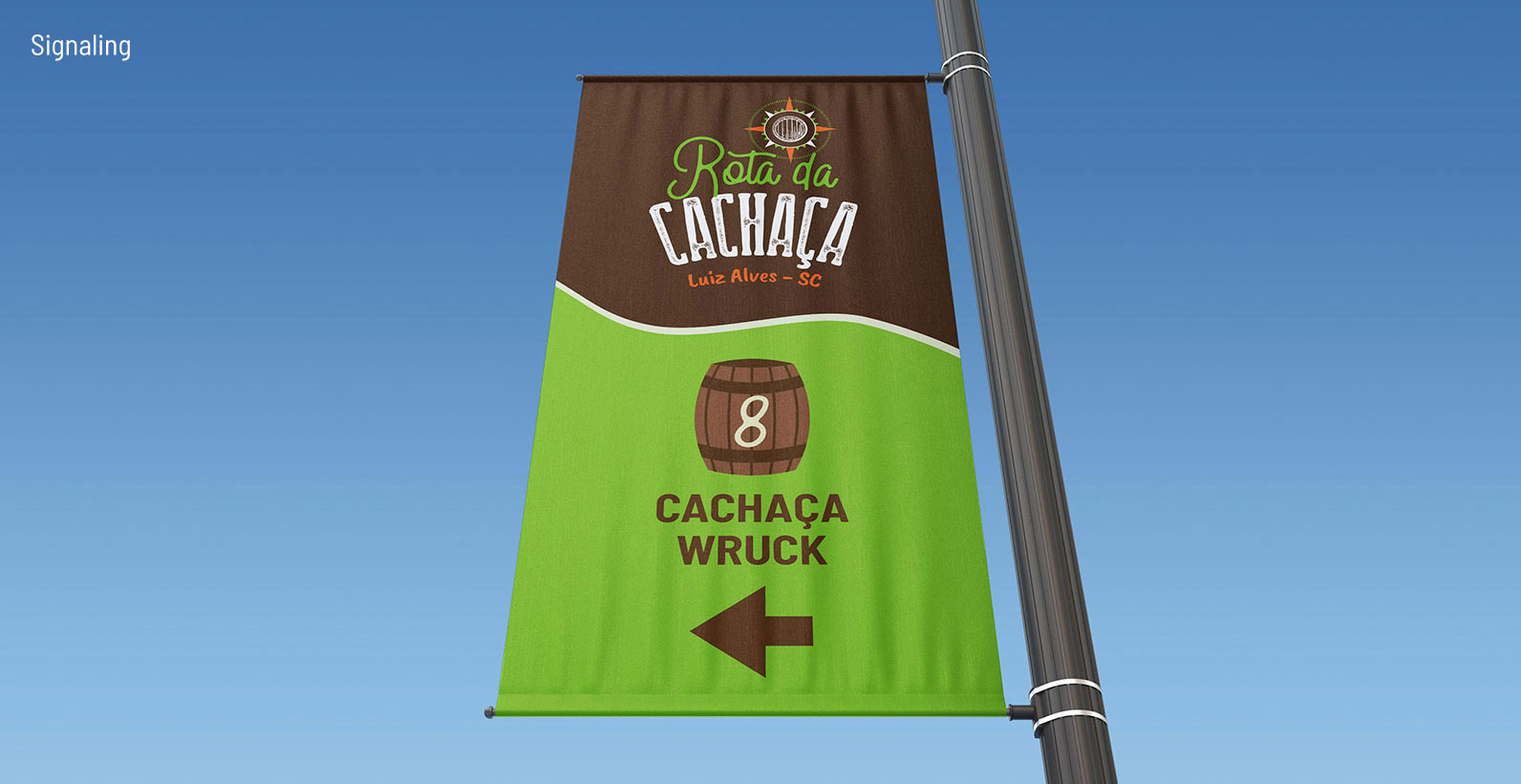 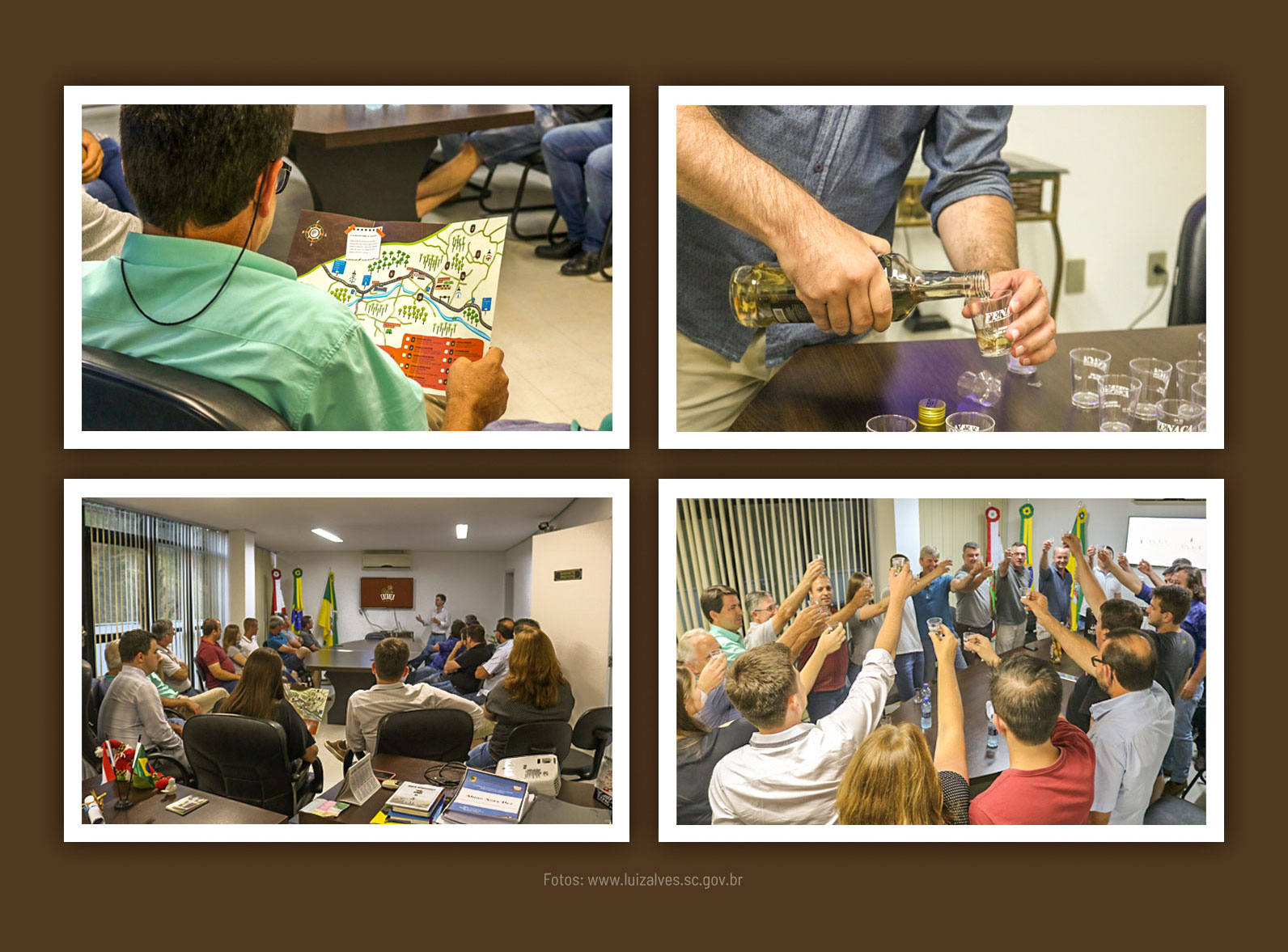 PRÓXIMO >
ADD VALUE TO YOUR BRAND, SERVICES AND PRODUCTS
CLICK HERE AND GET IN TOUCH WITH US.